Cell Viability After Cryopreservation: The Lowdown

Cryopreservation is the process of preserving cells or tissues under low-temperature conditions to avoid cell injury or death. It is a way to preserve cells for future use. Cryopreservation usually occurs at a temperature between -80˚C to -196˚C. Cells are traditionally frozen with liquid nitrogen, directly in a freezer, or with dry ice (carbon dioxide).

Viability is the measure of living cells that are capable of dividing and multiplying when cultured as well as maintaining cellular function. This article will discuss cell viability after cryopreservation. There have also been studies on how long cells can survive after the freeze-down process, but the conclusion remains inconclusive due to vast differences in study methods and results.

Moreover, the time and temperature at which a cell is frozen down (freeze velocity) can have a significant impact on its viability.

Intracellular ice crystals can be the cause of cell death or destruction when they are formed during freezing processes. Sometimes, this damage is caused by extensive cell dehydration (the “solution effect”). Other times, it’s the result of intracellular ice crystal formation (“mechanical damage”), which in turn causes a mechanical strain on cells. Or a combination of both.

This can cause a decrease in cell viability and lead to cell death. At sub-zero temperatures, ice crystals and nucleation sites form in the cytoplasmic fluid. This can cause additional mechanical stress on the cells, leading to various levels of cell damage. The extent of damage caused by freezing depends on the duration of exposure, the temperature, and the concentration of ice crystals. These effects can be minimized by freezing cells slowly at low temperatures and maintaining them at a constant level of ice crystals throughout the freezing process.

How Long Cells Survive After Cryopreservation

Cells have an amazing ability to recover following cryopreservation. Once thawed, the cells start recovering from the trauma of freezing and re-adapting to their original homeostasis.

The duration of recovery depends on the type of cryopreservation and the species of the sample. The length of time that cells spend in recovery will largely depend on the length of time that the sample was frozen. Many researchers agree that the vast majority of cells are most likely able to recover completely after about two weeks. There are a few reports of increased recovery over time and other reports of lesser recovery over time.

The controlled-rate freezer, CytoSensei, is a system that can cryopreserve your cells by simply plugging it into a standard wall outlet and connecting to the designated laptop with a USB cable. The system does not require liquid nitrogen, which avoids the risk of contamination.

A custom freezing protocol can be easily programmed with the included software before samples are loaded into an aluminum freezer block to then be cryopreserved.

The powerful Stirling engine cools the cells to -80°C without the use of liquid nitrogen. It has 3 temperature sensors that can be read in an automatically generated PDF report. The built-in heater restores the freeze block back to room temperature before proceeding with the next cryopreservation protocol; this increases efficiency by shortening the waiting time to introduce another set of samples to the sample rack. 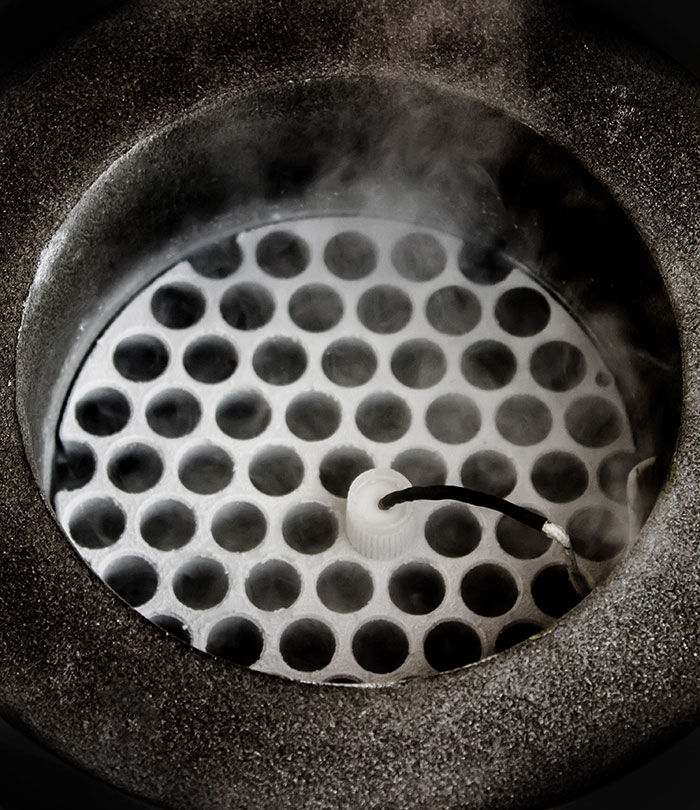 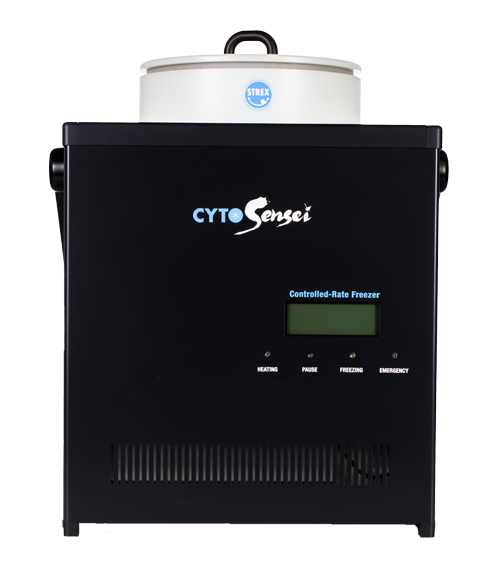 There are 3 critical stages to increase viability when using cryopreservation.

Cryopreservation is the process of preserving cells or tissues under low-temperature conditions to avoid decay. It is a way to preserve cells for future use. Once they are cryopreserved, cells may be thawed and revived to function normally. The length of time that cells spend in recovery will largely depend on the length of the time that the sample was frozen. To increase viability and efficiency, the CytoSensei is an excellent tool.

Find out more about our controlled-rate freezer
and how it can help you in your research.